You are here: Home / News

Oregon Women Lawyers (OWLS) stands with our national, state, and local bar associations, as well as various other affinity bar groups, who have voiced condemnation of the violent attack on our United States Capitol Building this past Wednesday, January 6, 2021. What was to be a historic day, the Congressional certification of the election of Vice President Joseph R. Biden Jr. to be our next President, and Senator Kamala Harris, to be our next, and first ever woman, Black and South Asian American Vice President, ended in a violent display of aggression and insurrection. The insurrection sought to disrupt the constitutional proceedings of the peaceful transition of power under our democratic system and it was an unprecedented attack on our democracy. Racism, hatred, and those who would use misinformation and incite it for their own political ends must never be tolerated, especially at the highest levels of our government. As attorneys, we have sworn an oath to support the Constitution and the laws of the United States. To that end, OWLS calls upon our state and federal elected leaders to strongly denounce the violence which occurred this past Wednesday, to condemn and prosecute all those who sought to engage in and provoke such acts, and to provide for a peaceful transition of power.

CANCELED :: Workplace Leader Award
We hope you are healthy and sheltering in place.

Due to the COVID 19 pandemic, OWLS regrets that we have canceled the collection of nominations for the Workplace Leader Award, and will not be awarding it in 2020.

For consideration in 2021, please click here for award criteria.

Justice Betty Roberts (1923-2011) was a leader in Oregon politics, the first woman appointed to the Oregon appellate bench, and a beloved mentor and advocate for women lawyers.

Judge Mercedes Deiz (1917-2005) was a trailblazer in the Oregon Bar as the first black woman to practice law in Oregon and the first woman of color on the Oregon bench. She overcame racial bias throughout her career, and created opportunities for those that might otherwise be marginalized by society, to access legal resources and careers.

The OWLS Roberts & Deiz Award honors the legacies of both Justice Roberts and Judge Deiz as promoters of those from outside the dominant culture (e.g. women, people of color, LGBTQ, and those with disabilities).

In April, 2018, the Presidents of Oregon Women Lawyers and the Oregon Asian Pacific American Bar Association wrote to the Chairman of the Judiciary Committee of the United States Senate, the Honorable Charles Grassley, and to the Ranking Member of the Judiciary Committee, the Honorable Dianne Feinstein, to oppose the nomination of Ryan Bounds to the Ninth Circuit Court of Appeals. You can read the letter here.

On behalf of the entire board of directors for Oregon Women Lawyers, we are thrilled to announce and welcome the newest OWLS Chapter, “Gorge OWLS” or “GROWLS”. The OWLS Board approved the chapter at its January 28, 2017 board meeting.

Chapter organizers are well on their way to providing programming and recruiting members. The first planned CLE will be timely – a discussion of the current state of immigration law in the U.S. on March 1 in Hood River. The presenters will be MariRuth Petzing and Diana L. McDougle.

On February 7, 2017, Oregon Women Lawyers wrote to Senators Jeff Merkley and Ron Wyden, urging that the nomination of Senator Jeff Sessions as US Attorney General be rejected because of his record on civil rights. To read the letters, click the link below:

letters to Senators Wyden and Merkley

Oregon Women Lawyers (OWLS) supports and commends the numerous Oregon lawyers who rushed to protect the civil rights of those detained at airports as a result of the president’s executive order on Friday. OWLS supports Sanctuary Cities and the protection of civil rights for documented and undocumented migrants. In the finest tradition of the legal profession, Oregon lawyers brought—and continue to bring—their considerable legal, cultural, and language skills to aid marginalized people, regardless of immigration status.

With over 1500 members, Oregon Women Lawyers is committed to the advancement of women and all minorities in the practice of law, including racial and ethnic minorities and members of the LGBTQ community. To achieve this goal we provide and support programming that includes attention to issues of gender, race, ethnicity, sexual orientation and ability.

Congratulations to the newly-elected board of Clackamas Women Lawyers:

PORTLAND, Oregon – Oregon Women Lawyers (OWLS) is pleased to announce its new officers and board members for 2017-2018. Angela Franco Lucero was elected as president, having served previously as president elect, treasurer, and secretary. Ms. Lucero is a partner at Kranovich and Lucero LLC in Lake Oswego, practicing insurance defense and personal injury law. Amber Hollister was elected as treasurer, having served previously as historian. Ms. Hollister is the General Counsel for the Oregon State Bar in Tigard. Hon. Allison Boomer was re-elected as OWLS’ secretary. Ms. Boomer is a Tax Magistrate at the Oregon Tax Court in Salem. Joining the executive committee is Megan Burgess. Ms. Burgess in an attorney with Peterkin & Associates in Bend, practicing real estate and construction law. All OWLS officers are also members of the board.

With over 1400 members, Oregon Women Lawyers is committed to the advancement of women and all minorities in the practice of law, including racial and ethnic minorities and members of the LGBTQ community. To achieve this goal we provide and support programming that includes attention to issues of gender, race, ethnicity, sexual orientation and ability. We strive to make meaningful connections with other minority bar associations in Oregon and to partner with them to provide support for all underrepresented groups in our profession.

Citing the Senate’s constitutional duties, the board of directors of Oregon Women Lawyers has written to the Senate Judiciary Committee asking that the confirmation of President Obama’s nominee for the Supreme Court not be subject to delay until after the inauguration of a new president. To read the full text of the letter, click on the link below. 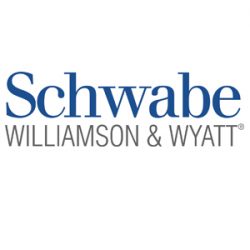