You are here: Home / Archives for Linda Tomassi

Oregon Women Lawyers (OWLS) stands with our national, state, and local bar associations, as well as various other affinity bar groups, who have voiced condemnation of the violent attack on our United States Capitol Building this past Wednesday, January 6, 2021. What was to be a historic day, the Congressional certification of the election of Vice President Joseph R. Biden Jr. to be our next President, and Senator Kamala Harris, to be our next, and first ever woman, Black and South Asian American Vice President, ended in a violent display of aggression and insurrection. The insurrection sought to disrupt the constitutional proceedings of the peaceful transition of power under our democratic system and it was an unprecedented attack on our democracy. Racism, hatred, and those who would use misinformation and incite it for their own political ends must never be tolerated, especially at the highest levels of our government. As attorneys, we have sworn an oath to support the Constitution and the laws of the United States. To that end, OWLS calls upon our state and federal elected leaders to strongly denounce the violence which occurred this past Wednesday, to condemn and prosecute all those who sought to engage in and provoke such acts, and to provide for a peaceful transition of power.

Justice Betty Roberts (1923-2011) was a leader in Oregon politics, the first woman appointed to the Oregon appellate bench, and a beloved mentor and advocate for women lawyers.

Judge Mercedes Deiz (1917-2005) was a trailblazer in the Oregon Bar as the first black woman to practice law in Oregon and the first woman of color on the Oregon bench. She overcame racial bias throughout her career, and created opportunities for those that might otherwise be marginalized by society, to access legal resources and careers.

The OWLS Roberts & Deiz Award honors the legacies of both Justice Roberts and Judge Deiz as promoters of those from outside the dominant culture (e.g. women, people of color, LGBTQ, and those with disabilities).

In April, 2018, the Presidents of Oregon Women Lawyers and the Oregon Asian Pacific American Bar Association wrote to the Chairman of the Judiciary Committee of the United States Senate, the Honorable Charles Grassley, and to the Ranking Member of the Judiciary Committee, the Honorable Dianne Feinstein, to oppose the nomination of Ryan Bounds to the Ninth Circuit Court of Appeals. You can read the letter here. 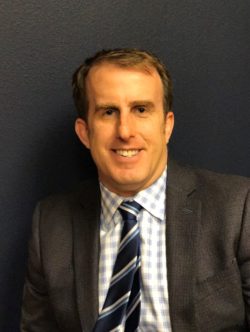 Amy Hoven has joined the Professional Liability Fund as a claims attorney. Her previous practice was with Kennedy Watts Arellano LLP. She is a 2002 graduate of Loyola Law School in Los Angeles. Her undergraduate degree is from University of California, Santa Barbara.

Cierra Brown is the 2017-2018 OGALLA Co-Chair. She has served on the OGALLA board since served as the student representative from Willamette University College of Law. She has a Bachelor’s and Master’s degree in Criminal Justice from University of Nevada, Reno. She founded Metro Law Group, where her practice emphasizes DUII and criminal defense.

Kamron Graham will continue to serve as co-chair. 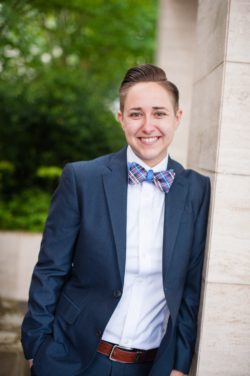 Sonya Fischer became the newest Clackamas County commissioner on February 9. She will complete the term of Jim Bernard. who was elected board chairman on November 8. For more information, click here. 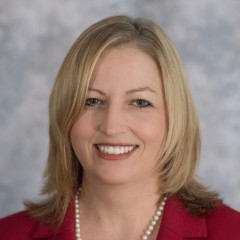 Andrea is a determined advocate who takes a client centered approach while practicing family and appellate law with The Reynolds Law Firm, PC. She is a graduate of the University of New Mexico and earned her law degree from Willamette University College of Law in 2014.

During law school, she worked with the Office of Public Defense Services, Appellate Division, on criminal appeals and later with the Appellate Commissioner’s Office in the Oregon Court of Appeals. In her spare time, she volunteered with CAUSA, and was a Willamette Law Online staff writer for The United States Supreme Court and The Ninth Circuit summary services. 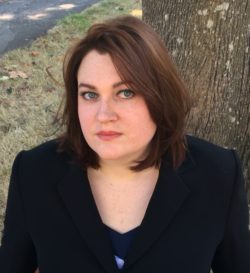 On behalf of the entire board of directors for Oregon Women Lawyers, we are thrilled to announce and welcome the newest OWLS Chapter, “Gorge OWLS” or “GROWLS”. The OWLS Board approved the chapter at its January 28, 2017 board meeting.

Chapter organizers are well on their way to providing programming and recruiting members. The first planned CLE will be timely – a discussion of the current state of immigration law in the U.S. on March 1 in Hood River. The presenters will be MariRuth Petzing and Diana L. McDougle.

Anastasia (Stacie) Yu Meisner has joined the firm as Of Counsel. Meisner’s practice focuses on estate planning, probate, trust and estate administration, guardianships and conservatorships, as well as business transactions and formation.

Before entering private practice, Meisner clerked with the Bureau of Labor and Industries. During law school, she held clerkships with the Oregon Judicial Department, Oregon Court of Appeals, Oregon Department of Justice and the U.S. Consulate in Shanghai. Meisner earned both her law degree and bachelor’s degree from Willamette University.

Meisner volunteers with a number of community and professional groups. She was one of the founders of Clackamas Women Lawyers. Since 2008, she has been the treasurer for Friends of the Lake Oswego Public Library. Meisner served as outside legal counsel to Mercy Corps, and as pro bono counsel to the Korean American Citizens League and Friends of Opportunities for Law in Oregon. She is a past member of the Oregon State Board of Accountancy, an honorary and former board member of Oregon Minority Lawyers Association, and has twice served on the Oregon Governor’s Judicial Screening Committee. 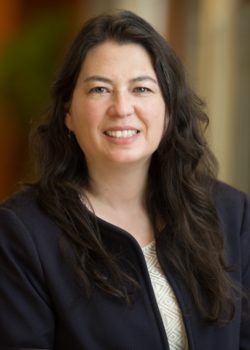