You are here: Home / Events / CLE: International Rights of Women and Children – Where Do We Stand Now? 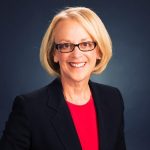 Join the OWLS Leadership Committee and Lisa LeSage, Executive Director of Immigration Counseling Services, for a lunchtime CLE on international law as it relates to women, children, and the intersection between immigration and trafficking, and how the U.S. falls short in its accountability.

Application is being made for 1.0 MCLE credit

About the Speaker: Lisa LeSage is the Executive Director of Immigration Counseling Service (ICS), Oregon’s oldest and only independent nonprofit law firm serving immigrants.  Prior to joining ICS in July 2017, she spent five years in the Middle East as Morocco Country Director and Senior Legal Advisor in Istanbul, Turkey for the American Bar Association Rule of Law Initiative (ABA ROLI), working on human rights, rule of law and refugee issues throughout the Middle East and North Africa. Before joining the ABA in 2011, she was Associate Dean at Northwestern School of Law of Lewis & Clark College in Portland, Oregon, where she co-founded the Small Business Legal Clinic for low income women and minority small businesses, and was a Fulbright Scholar in Santiago, Chile in 2010. Before her work at Lewis & Clark, she was a trial attorney litigating prisoner’s rights, fair housing, immigration, workers’ rights and other civil rights cases in state and federal courts.  During her career, she has continued to do pro bono civil rights cases, and has worked with lawyers, judges, ministries of justice, prosecutors, law faculties, bar associations, human rights clinics and human rights organizations in a number of countries including Turkey, Libya, Iran, Tunisia, Egypt, Morocco, Uzbekistan and Bahrain, and in several countries in Europe and in Central and South America. Fluent in Spanish and proficient in French, she has a J.D. from Lewis & Clark Law School and an LLM in Human Rights Law, with highest honors, from the University of London.